Edmund Dulac’s Illustrations for The Rubaiyat of Omar Khayyam

Edmund Dulac was a French-born illustrator who studied art at the famous École des Beaux-Arts in France; he moved to London as a young man and eventually became a British citizen. Though he did design British bank notes and postage stamps, he is remembered today for his beautiful book illustrations.

Dulac’s first commission was to illustrate the novels of the Brontë sisters, and soon after he was commissioned to illustrate The Arabian Nights (1907), an edition of William Shakespeare’s The Tempest (1908), and Stories from Hans Christian Andersen (1911), among many other projects. This was the golden age of illustration and publishers were producing scores of gorgeous limited edition gift books for children and adult collectors alike. Dulac was much in demand and his work is a perfect example of the Art Deco style that was so in vogue at the time.

The set of illustrations posted here were for a 1909 edition of The Rubaiyat of Omar Khayyam, the famous Persian poem that’s nearly 1,000 years old! I love how Dulac takes us back hundreds of years to a magical place – and yet he does so while maintaining that turn-of-the-century style that we now can so easily recognize.

Of course, ancient Persia has been a popular subject in European art and literature for centuries, so Dulac would have had plenty of material to borrow from; but he was also undoubtedly inspired by the ancient poem itself. Here’s the first verse from Edward FitzGerald’s classic translation of The Rubaiyat – I think Dulac’s illustrations match its tone perfectly:

AWAKE ! for Morning in the Bowl of Night

Has flung the Stone that puts the Stars to Flight:

And Lo ! the Hunter of the East has caught

The Sultan’s Turret in a Noose of Light. 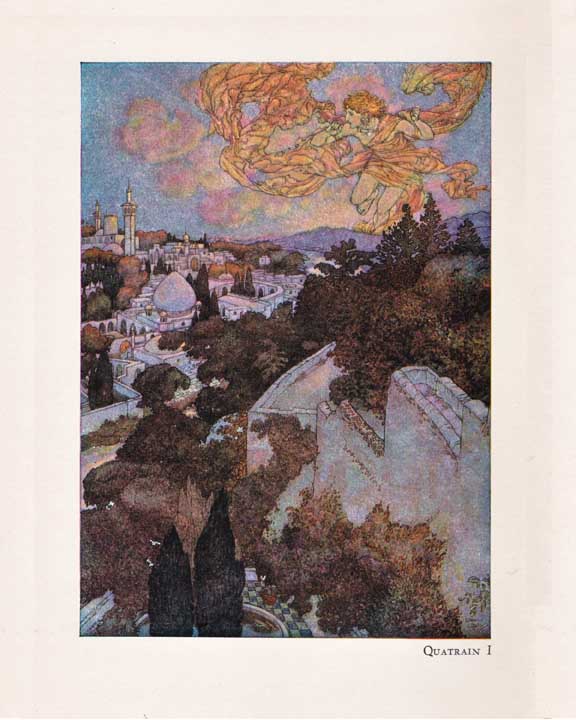 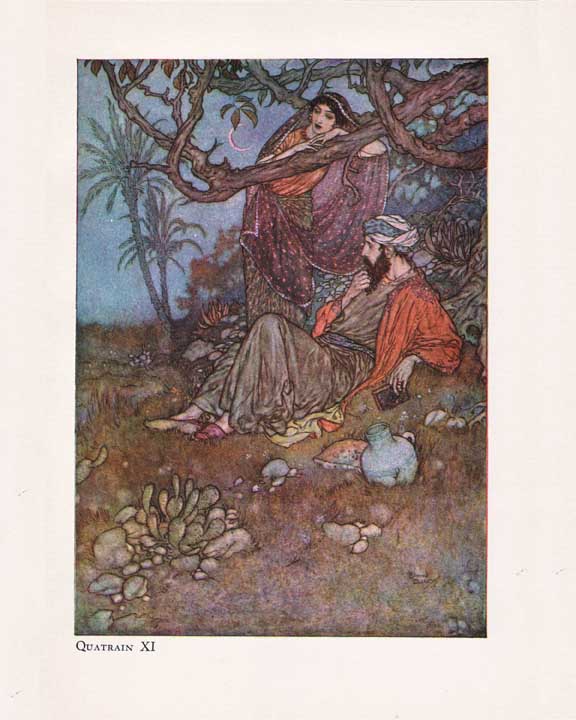 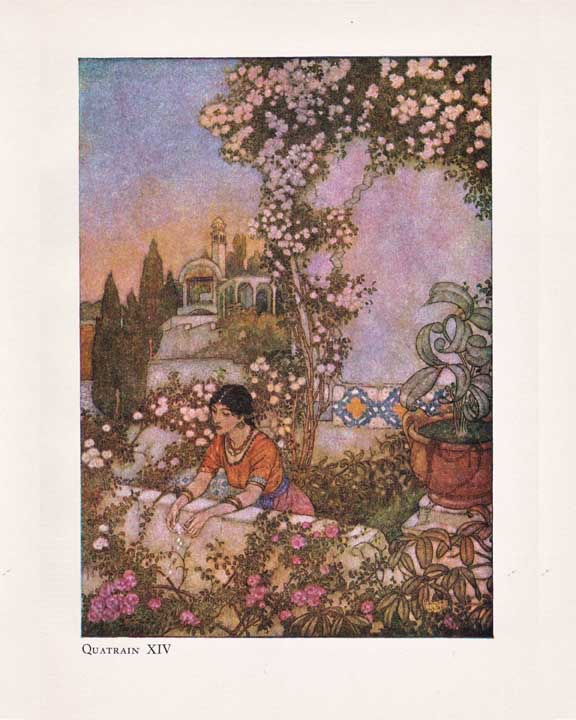 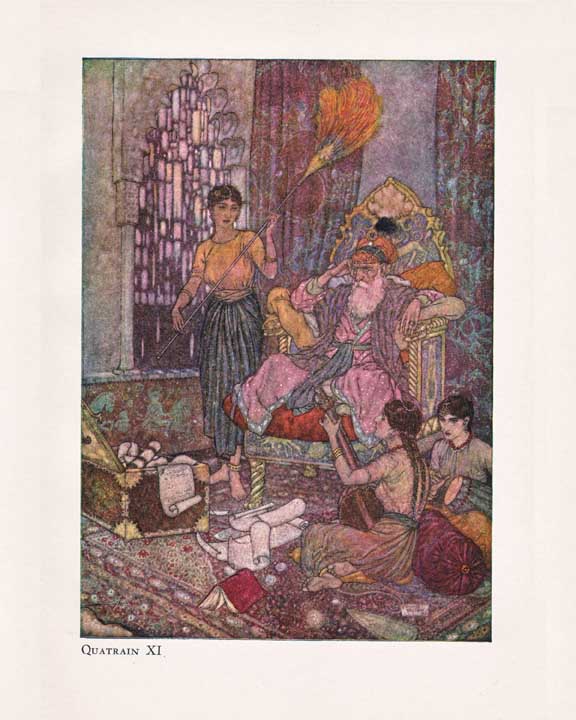 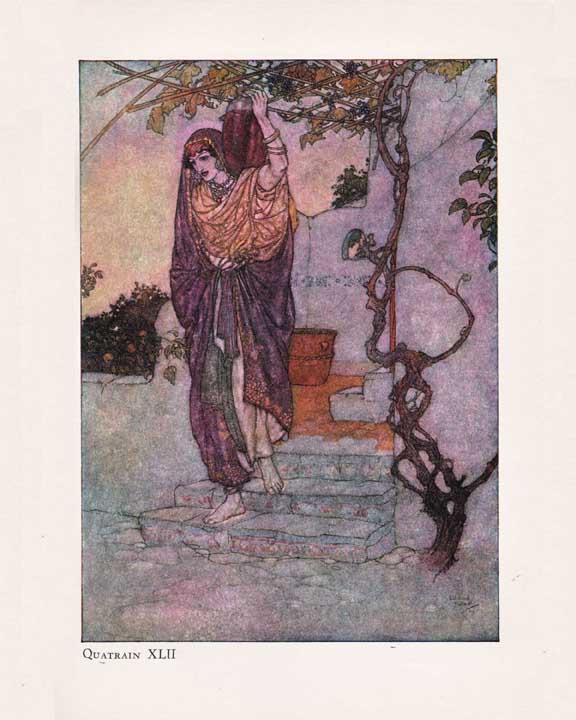 I live in the beautiful Pacific Northwest, just outside of Portland, Oregon. My usual interests are cooking, wine, horticulture, art, and old books, but lately I've been obsessed with saving for a piece of land, so I can practice sustainability and learn to live as close to the land as possible, and then help others to do the same. To relax I listen to Dharma talks. Namaste!
View all posts by redbudart →
This entry was posted in old illustrations and tagged edmund dulac, persia, persian, rubaiyat of omar khayyam, the rubaiyat. Bookmark the permalink.